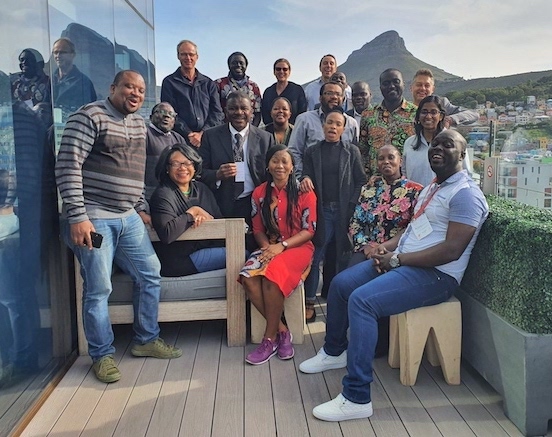 Reflections on the African Mini-Grids Community of Practice Crash Course

Reflections on the African Mini-Grids Community of Practice Crash Course

The AfLP hosted a crash course for members and non-members of the African Mini-Grids Community of Practice at the SunSquare Hotel, Cape Town on 13 September 2019. The crash course was delivered in collaboration with the LEDS GP Finance Working Group and NREL and took place on the fringe of the Global Climate Divest/Invest Summit.

The crash course brought together 21 participants from 13 countries comprising largely government officials, private sector representatives including the African Mini-Grid Developers Association (AMDA), and donor agencies. The objective of the crash course was to focus on providing foundational knowledge on key aspects of the enabling environment for mini-grids to help new entrant countries evaluate, strategically plan and develop successful and sustainable mini-grid programs of their own. Key topics covered included mini-grid market development and related programmatic, policy and regulatory issues from an institutional perspective.

One of the points that emerged throughout the day was that mini-grids provide the least-cost and yet most efficient option on deploying energy access. Coupled with productive use, they provide the potential for rapid economic growth. Mini-grids in this context refer to energy systems that operate as islands, under the grid or interconnected to the grid. Although being the least-cost option, the deployment of mini-grids still lags on the African continent. It is currently estimated that 620 million people have no access to energy and, with the rapid population growth, this number is expected to almost double in the coming years unless we intervene now to implement bold actions to scale up energy access efforts. The mini-grid regulatory framework in many countries is still inconsistent and not attractive to private sector actors. The scale of capital required is nowhere near where it needs to be to overcome energy poverty. Unless governments rise to the task and build a fertile environment for the private sector, we are unlikely to reach our energy access targets.

This being said, there are several success stories from the field. A representative from Ghana shared their experience on approaching 100% energy access.

The political leadership has been key in supporting and scaling up energy access efforts in the country. Interestingly, several unelectrified communities have requested energy access for communication, information, security, social services, and economic growth. They have employed a suite of strategies that includes grid extension and off-grid systems. Historically, energy access in Ghana has been primarily government-led. Recognising the scale of the challenge at hand, the government has been leading on efforts to actively promote the participation of private sector actors. To do so, they have developed a comprehensive mini-grid policy and technical standards. On their journey to universal energy access, they have faced several challenges including communities rejecting the off-grid systems as grid power is perceived to be the best power system, politicisation of mini-grid projects, limited local capacity to implement the projects, and transporting equipment to isolated communities. As energy access is considered a social good, the government put in a host of measures to address the challenges mentioned above.

There is no one-size-fits-all solution when it comes to mini-grid business and ownership models. These exist on a continuum and are generally determined based on the prevailing regulatory and policy conditions as well as the tariff regime, level of subsidies provided, perceived risks, customer’s ability and willingness to pay, size of the system, and maturity of the financial sector, amongst other factors.

Bringing in the private sector’s point of view to the discussion highlighted some of the challenges that they face. Despite mini-grids providing far more reliable energy services than most grids in Africa, private developers still struggle to bring down the cost of capital and raise the funds required to deploy mini-grids at scale. There is appetite on the part of private sector for greater involvement in the energy sector and meaningful contribution to ending energy poverty. However, the operating conditions in many countries hinder their participation. Acknowledging that there are only two utilities in Africa that are profitable, African governments need to decide on how to best structure their utilities to deliver energy access at the scale required to meet SDG7. Mini-grid developers are not competitors to utilities but rather parts of the same equation.

The collateral of the slow transition in the energy sector is the vulnerable segment of our population whose risk and exposure to the impacts of climate change will soar with our rapidly changing environmental conditions. Through mini-grids, we allow these communities to develop their socio-economic potential through productive use of energy, grow local economies, and allow for deep decarbonisation of the energy sector in Africa at the least-cost and most efficient form of energy access to date.